Lucy and Stan united to make this soup happen. They love her microbrew and he loves his cheese. Lucy wanted a dairy-free option and just like that, cold winter nights got warm and cozy.

Note that if you want to make this soup yellow like the dairy version you can add more of the shredded Daiya cheddar. The bold flavors are there without it.

Heat a medium-size saucepan over medium heat. When the pan is hot add 1 tbsp. vegan butter and let it melt.

Add celery, onion, and garlic. Cook for about three minutes.

Add cornstarch and remaining 2 tbsp. vegan butter. Combine with vegetables. Cook, stirring often, for about five more minutes or until your vegetables look cooked. Make sure you incorporate all the cornstarch.

Add ale slowly while stirring so the cornstarch stays smooth.

Transfer mixture to a food processor and pulse until large vegetables pieces are blended.

Return soup to pan and add in Miyokos cheese. Stir until it melts and combines.

Stir in cashew milk a cup at a time, whisking the soup after each addition.

Enjoy with your favorite toasted bread. 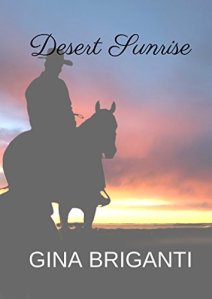 Lucy unlocked the door to the house with Stan just behind her, chattering about how the house was too big for her.

Stan fought the feeling that she was hinting at anything, anything at all.  She didn’t look like she was.

“Do you want to try a pilsner I made?  It’s my first try at it.”  Lucy offered, walking straight into the kitchen.

“You make beer?”  The woman was full of good qualities that Stan didn’t want to look too closely at.  He spent too much time thinking about her already.

She shrugged.  “One of my brothers is really into it.  He gave me a home brewing kit a few years back for Christmas so I tried it to be nice.  I ended up liking it.”

“I’ll try it.  Thanks.  Can I help you with anything?”  He watched her move surely around the kitchen, not as smooth as Dana, but much more than he did when he was doing anything more complicated than heating something he bought at the store.

She’d seen him in the kitchen.  He tried, but it was faster to do it alone.  “There’s nothing to do really.  Relax.  Drink.”  She handed him the fine beer mug she’d bought in Germany filled with the clear golden brew and thick foam.

He took the first sip, not knowing what to expect.  The light, refreshing, slightly sweet taste was the best he’d ever had.  “Would it be wrong to say that it reminds me of Heineken, only much better?”

“You and Dana are obsessed with vegetables,” he tried to sound like he disapproved.  The fact was, they were growing on him, and his doctor said that the changes he made to his diet were showing up in his blood work.  He had to admit that he did feel better.  His old injury from being stomped on by too many broncos didn’t ache or get stiff as often as it used to.

“What do you expect from two nutritionists?”

She plated the food and brought it to the table.

Stan saw the salad and dressing sitting on the counter.  “Sit down, Lucy.  I’ll get the rest.”

They talked about their day in the park while they ate.  Lucy was building her nerve for her second task.  She was getting the score before he left today.  They were either going to start dating or she was going to work on redirecting herself until she found a smidgen of interest in someone else.  That was the problem, of course.  She wasn’t even a little attracted to anyone else, not even the charming chef at the restaurant in Palm Springs who was always inviting her in under the guise of tasting new dishes for him.

When the dishes were cleaned and put away dry, and they had each finished a tall glass of pilsner, Lucy found that she still didn’t have a smooth way of asking him what he wanted with her, if anything.

“This was a real treat, Lucy.  I should have guessed you’d be a great cook.  The beer surprised me.  I’d like to try whatever you make next.”

That was an opening, wasn’t it?  Or was he being polite?  Enough, she told herself.  Ask him and be done with it.

“Stan, I have to know something.”

He stilled, hearing how important that something was to her.  “Yeah?”

“What, do you have pirate training, give no quarter?”  It annoyed her, really annoyed her, that he wouldn’t help her at all.

“What?”  He was truly confused.

She closed the gap between them, reaching her arms up around his neck, taking his lips in a soft kiss.

He took the kiss, deepening it as far as he could take it without having to drag her to the empty bed he knew was only a few feet away.

“Well, that answers part of my question,” she spoke against his lips. “Though I wasn’t really wondering about this part.”

The ability to think was quickly leaving him.  Lucy, funny, witty, nature loving Lucy, was wrapped around him and pressed against him.

She sighed.  Neither moved.  Their mouths were just shy of a kiss and still he didn’t say or do anything.  She could let him go home right now and they would be right where they were.  She pushed on, determined to make it or break it.

She moved out of his gentle hold.  “I’m glad you enjoyed the lunch.  I did, too.  One last thing before you go.  Are you into me, or not?”  She saw his sarcastic glance down to where he swelled hard against his jeans.  “I know you want me, that’s not what I’m asking.”

She deserved to know, he supposed.  If only he knew what to do about what he felt.  He summed it up as simply as he could.  “I like you, Lucy.  A lot.”

That was something, she supposed.  It didn’t tell her what she needed to know.  “Pirate,” she muttered.

“Why do you keep calling me a pirate?”  Women could be so strange.

“Because you’re making me work for every little thing here.”  She cocked her hands on her hips, warrior style.

“What do you want me to say, Lucy?  Do you have it all figured out for me already?”

“No, Stan, I’m not the kind of woman to ‘figure it all out for a man’ or we wouldn’t be standing here months later having this conversation.  And what I want you to say, is what you feel, what you want.  Or should I start looking somewhere else?”

He narrowed his eyes.  “What do you mean by that?”

Life is good for Lucy Shannon. Love will be too, when the man she knows is out there for her finally shows up. Until then she is going to enjoy herself. So what if her ex-fiance tossed her heart into a blender? Years of therapy had put that in perspective.

Stan Spellman doesn’t think like her. Not in the least. Sure, life is good. He does what he loves every day, spends a pleasurable night with a woman when he wants to. Love? Happily ever after? He’s seen the rare occurrence of it. That’s as far as his thinking on the subject goes.

They’re both scheduled for a wake-up call that will change their lives forever, fulfilling dreams they never knew they had.

Gina Briganti writes paranormal, fantasy, and sci-fi romance in north Texas. Her constant companion is a special soul who masquerades as a dog.

Trying a #glutenfree vegan #snack that reminds me of Trader Joe's Bamba. It reminds me of a peanut butter cheeto.
Remember to #Reiki your #garden.
A miracle we have become accustomed to brings its beauty anew when we see this joyous sight.
They Serve Bagels In Heaven By Irene Weinberg
After so many years of spiritual, physics, and psychic study, I rarely encounter new concepts. It is more likely that the concept will touch me in a new way by showing me something different because of the timing of my current exposure to it. What makes this book exceptional is that it expanded my thinking.
We are getting ready! Are you ready to:
Loading Comments...
%d bloggers like this: