Thank heaven for bralettes. And now you know more about me than before. Also, I am a huge fan of the boob shirt. 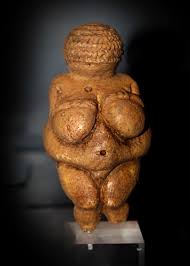 It might surprise you to know that displaying female breasts in public was once the height of fashion. Prehistoric statues, by and large, almost always depicted breasts in their entirety. After all, early humans understood these appendages were pretty useful and rather magical, since, geez, they produced food.

During the 16th century, women of all classes happily displayed their breasts and no one seemed too upset about it. It wasn’t until the late 19th century when John Singer Sargent painted the Portrait of Madame X in her sleek black dress that people started raising their eyebrows in regard to exposed mammary glands.

By today’s standards Madame X – actually Paris socialite Virginie Amelie Avegno Gautre – is ridiculously tame. So, attitudes were clearly changing. By the early 20th century, there was nary a breast to be seen, as women were now covered from…