Four years ago, Andrew Butcher dropped off the grid. Now he is back, and determined to reconnect with his family. But Andrew is playing a dangerous game. In accepting the position as head of security for a known criminal, he risks alienating those he respects and admires – starting with Ellen Parker.

Ellen is a former Troop Commander with the Royal Artillery. In her role at Morgan and Fairchild, she has a reputation for being tough, loyal, and someone who always gets the job done. Andrew and Ellen share a past, one she would sooner forget. But circumstances force her hand, and though Ellen tries to resist, every road leads back to Andrew and a case that will change everything.

Ellen Parker slowed her Harley at the security gate, and with her visor pushed to the top of her helmet, she grinned at the guard on duty, flipping him the bird. This got her a matching grin, accompanied by a finger gesture a second before the barrier slid open. On a laugh, quickly swallowed by the wind, Ellen roared onto the backlot. She was familiar with the vast open space that formed Gray’s Lot at Lundwood Studios. But she still took the time to enjoy the view as she headed toward her destination.

It was hard not to appreciate the serene beauty of the place, regardless of how often she visited. Ellen had provided onset protection more than once, and enjoyed the gig as much as the rest of her team. Morgan and Fairchild didn’t have the security contract for the studios, Abe Donovan did, but they worked closely with his organisation, AD Securities.

Since marrying Alicia Gladstone, Brad Morgan made a habit of organising the after party in celebration of his wife’s success. As Alicia owned her own production company, and used the studios as often as possible, it was the perfect location.

The purpose built bar for cast and crew shone like a beacon across the otherwise deserted lot. Ellen scanned the vehicles in front of the building and noted half her crew were already there. The rest would stop by when they could, and given how long these things usually ran, at some point the entire family would unite.

The party was in full swing when she stepped inside the bar. Tonight it was invite only. Ellen spotted Abe immediately. He wasn’t on duty, which was a surprise. She knew this from the elegant cut of his dove grey suit, offset by a black, silk shirt. The effect was devastating against his dark skin. Abe knew how to rock his threads; he looked completely at ease among the celebrity guests Ellen had clocked when she walked in. His strong physicality was evident in every line of his body. Whether working or not, Ellen knew he was alert; his keen intelligence was one of the things she loved about him.

Abe’s dark brown eyes met hers as she approached, his smile warming his expression. “Tell me you’re wearing a little black dress under those leathers.”

She flashed him a grin, amused by the harmless flirtation. Ellen was rarely out of her leathers, unless she was in uniform. “If I’d known you were wearing a get-up like that, I’d have shaken off the moth balls and donned my glad rags. You look good enough to eat.”

His laughter was as smooth as the rest of him. “Touché, my friend.”

Melissa Barker-Simpson is a multigenre romance author. Her stories are about connection, friendship, and love in all its forms. So whether in a magical setting, an alternative universe, or a world where anything can happen – and often does – there is always an element of romance.

Melissa is currently residing in the North of England with her two daughters, and when not writing, is fulfilling her other role as a British Sign Language Interpreter.

Visit Melissa’s WordPress site to learn more about her, and her books.

Brothers in Arms is the third book in the Morgan and Fairchild series. 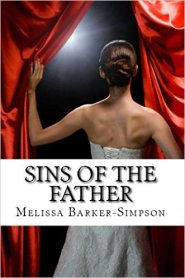 (Click on the covers to go to Amazon US)

As always, thank you for the time you spend with me.

I have a newsletter!  Sign up takes moments, and your information will not be shared with anyone.  I’d love to share exclusives and announcements with you there.